1)      I will limit the number of Jonathan Greening/Jesus references in my matchday column to one per month. He’s had to put up with this throughout his career … but then I suppose we all have our cross to bear.

2)      I will finally let bygones be bygones and leave Kris Commons alone. No more references to his festively plump frame, no more twisted melodies about his monstrous betrayal, no more songs about him wobbling down the left wing (or indeed wobbling down the right). He broke my leather-cased heart when he moved from Forest to Derby, but it’s time to move on.  We’ve gone our separate ways now and we’re unlikely to encounter him again.

Forest fans have a new set of heroes to idolise, whilst Commons now spends his Saturdays getting beaten at home by Inverness Caledonian Thistle. All’s well that ends well!

3)      I will stop being so impulsive and getting tattoos of new signings printed on my left thigh, the minute their Range Rovers pull up at The Main Stand car park. Over the years, the players I’ve assumed will become club legends have all ended up being massive flops. My leg currently reads Silenzi Shipperley Palmer Petrachi Sonner Commons. It’s a good job we never signed Jan Vennegoor of Hesselink!

I wish it were just former players who I’ve foolishly idolised through body art. I’m having a nightmare trying to remove the artist’s impression of Steve McClaren (heroically shielding me from a tidal wave with his umbrella) from my back. I haven’t been to the swimming baths in years, out of sheer embarrassment at my inability to accurately judge player/manager potential.

4)      I will do everything within my jurisdiction to get Chris Cohen officially recognised as a superhero, along with the likes of Superman, Spiderman, Batman and Cheryl Cole. The man is unbelievable.

Having come back from a lengthy injury, he is just as superhumanly energetic and devastatingly dynamic as ever. On the rare occasions when he gives the ball away, Cohen’s facial expression implies that he has single-handedly caused the universe to implode. He’s a man who truly carries the fate of the team on his shoulders!

With his passion, commitment and undoubted ability, Hollywood could do a lot worse than to make the Chris Cohen story into a motion picture. Hopefully Peter Jackson will be called in to direct, so that us Forest fans can look forward to seven four-hour films, instead of the standard 90 minute job.

5)      I will not buy my wife any more presents from the club shop. Yes, they are always bringing out fantastic new products that bear the famous Forest logo, but the look she gave me when I presented her with a Forest embroidered set of car mats this Christmas could have descaled a lizard. At some point in my life, I will have to accept that she simply doesn’t like football as much as me.

6)      I need to dedicate more time to tricking my 10 year old nephew, Jimmy, into being a Forest fan. Not that long ago he gathered the family together to announce that he was a Manchester City supporter, claiming that the spirit of Manchester ran deep within his veins and that his decision was in no way connected to the fact that City had recently been crowned league champions.

I blame myself for this travesty. My efforts to make him a Forest fan have been too vague and subtle – doctored league tables and subliminal tree images are no match for the imperious performances of the magnanimous Yaya Toure!

7)      I will try to drink less after matches. If Forest win I claim I seek to consecrate the victory by cracking open a sextet of celebratory wines. If Forest lose I drown my sorrows, and try to forget, with a crate of commiseratory ales. This is the reasoning of a budding alcoholic and it needs to stop now!

In my most rational state I realise that the Championship season is a long and arduous process; each win or loss is not, in itself, going to define our season. As long as I can see progress, I should remain steadily content. It’s just not all that easy to avoid amplified emotions in the aftermath of a Championship clash – for such is the power and intensity of football. 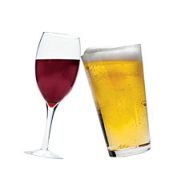 8)      Finally, this year, I will finally overthrow the antiquated autocracy that is FIFA. Too long have I talked about revolting against Football’s governing body without taking any affirmative action. Sepp Blatter, the self-appointed dictator of the footballing world, will never stand aside of his own volition.

Rumour has it that he is currently planning to produce an heir, in a bid to eternally avoid addressing football’s most pressing issues. Unless I do something quickly, the 2032 World Cup is likely to be held at the North Pole!

Having recently watched the Twilight films, I found myself captivated by the group of characters known as the Volturi, a law-providing body of elitist vampires who sit on ostentatious thrones in a darkened ceremonial hall, feasting on the blood of unsuspecting humanity. Their likeness to FIFA is uncanny.

I won’t give the ending of the film away, suffice it to say that I now know how to end Sepp Blatter’s vampirous reign of terror. All I need are a couple of stakes and a loaf of tear n’ share garlic bread!